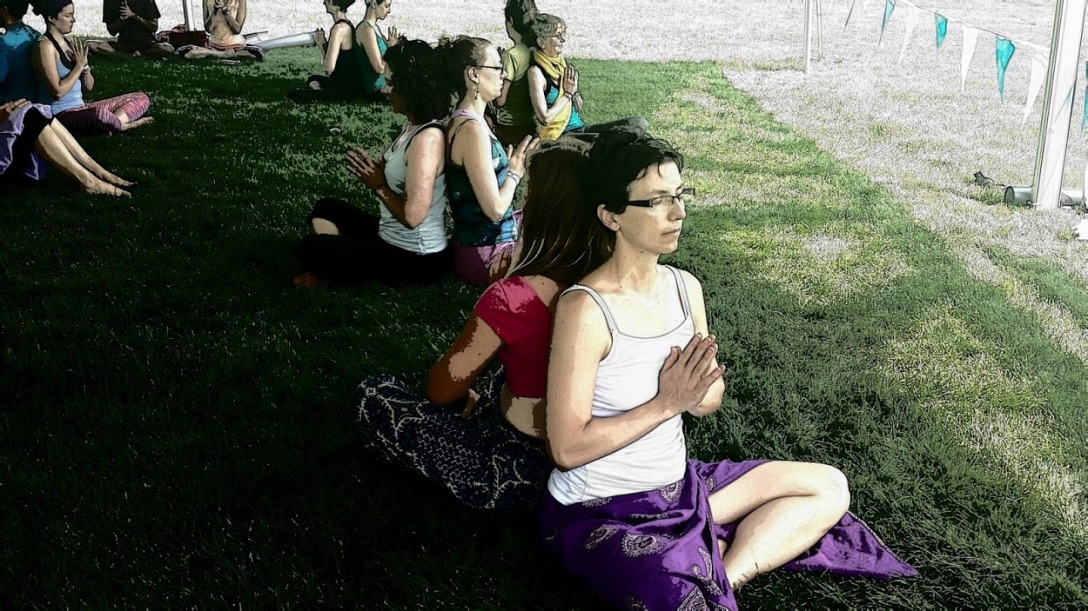 Approaching my stay at Konalini Ashram in Hawaii for Yoga Certification training, I have found a wealth of information in a book my husband bought me. “Health & Wellbeing Yoga” by Charmaine Yabsley and David Smith.

One of the most fascinating would be the Six Main Paths of  Yoga.

Bhakti is a spiritual path of yoga. Known as a Yoga of personal relationship with God, it is centered on love and devotion.Its purpose is to  eliminate the ego and to surrender totally to God. Some of the other more physical aspects of yoga such as Hatha are not included in this practice. In Bhakti, all is a manifestation of the divine. All else including all material things and the ego is meaningless. Bhakti is considered  the most direct method to merge with the great universal consciousness.

The practice of Kirtan (singing Sanskrit hymns) is a lovely element of Bhakti Yoga. With  the  current surge of spiritual seekers, Bhakti, and its included Kirtan is becoming quite popular in the Western world.

This is the most practiced yoga in the western hemisphere. Hatha means “willful” or “forceful”. Ha-meaning “the sun”, Tha-meaning “the moon”.

Hatha is a path that involves creating  balance and the unification of opposites. Balancing strength and flexibility in our bodies physically, effort and surrender in our spirit/heart.

This practice continually reminds us to focus on the breath, helping us to remain in the present moment.

Known as the “path of knowledge or discernment”. Connecting the finite self with the infinite cosmic consciousness is the main focus of this path. This is achieved through wisdom and knowledge, by withdrawing the mind and emotions and plugging into the universal spirit developing the ability to differentiate real from unreal. Students must integrate the lessons of the other yogic paths before practicing Jnana Yoga.

The Yoga of action or selfless service (Seva). Students are encouraged to act selflessly, to give everything with nothing expected in return. Karma Yoga teaches students to release any ego. The detachment of oneself and  the fruits of their actions, instead offering  them to the divine.

The Yoga of chanting.  Mantras:  words, phrases, or sounds often repeated over and over with growing attention and chanted thoughtfully. They are commonly used in meditations to develop focus, and also carry powerful spiritual messages or even be used in the pursuit of personal transformation. The use of the mantra allows the yoga student to transcend mental activity and emotions to achieve a higher state of consciousness.

Also known as the Great Yoga,  Classical Yoga or Ashtanga Yoga.Raja Yoga involves the eight-fold path.It is used to calm the fluctuations of the mind and it also encompasses the goals of Hatha.

Raja includes elements of other pathways, such as Mantra and Hatha.  This science of the mind is based on achieving awakening and ultimately enlightenment through meditation, stilling the mind and good health.  This is a good reason  to pursue Hatha Yoga for exploring other deeper more spiritual yoga avenues.

I have discovered many intrigueing elements of Yoga. The more I learn, the more I seek to learn. That is the beauty of Yoga. Stay Blissful my friends! – E